A Dream of a Return Journey. The Congolese Sape

“It is better to dream one´s life than to live it, even though to live it is still but a dream.”
Marcel Proust

This Proustian phrase encapsulates to perfection one of the teachings brought to us by the SAPE  —la Société des Ambianceurs et Personnes Élégantes, or The Society of Mood Setters and Elegant People. Some would say it is an art, others would say it is a cult, a cult to appearance where brilliant and impertinent elegance is not to be improvised.
A clear perspective of this fascinating movement, rich in both visual and ideological meaning, can be found in the works of Héctor Mediavilla and Baudouin Mouanda. The two photographers, the former Spanish and the latter Congolese, contrast their visions; one, as an external observer, investigates the characters’ psychological and social complexity, invoking a dreamlike, poetic and romantic reality in which the sapeurs -as those adhering to this practice are called- seem to dream their lives. The other photographer, as insider and alongside his fellow countrymen, presents a dynamic and creative interpretation and highlights the theatrical and exhibitionist side of the phenomenon, where the dandies seem to be living in a dream. Both share nonetheless a common goal: to challenge the collective image of Africa and its peoples we have constructed in that, through the SAPE, our prejudices are called into question. On the one hand, Mediavilla and Mouanda lead us to a deeper knowledge of the rules and prescriptions of these youths. On the other hand, and most importantly, they compel us to journey to the world of their dreams and to understand the nature of the cult they practise, impregnated with its own philosophy. We see that they carry an implicit message of resistance and struggle to undermine the social status they hold, firstly within their own community, country and other African countries, as also our own westernised unwavering and impassive view.

These images introduce us into the lights and shadows of a play interpreted by the heroes of an adventure that culminates with the pilgrimage to Paris, the Mecca of elegance. A voyage of discovery to their own interior, full of hindrances, sacrifices and hardships invariably hidden so that the dream may prevail, and in which they strive day by day to obtain the role of their lifetime. Mediavilla and Mouanda enable us to immerse ourselves in the world of these individuals, to stroll along the streets with them, to decipher the magic of colours as they do, to dance to the rhythm of their gestures, to become avid spectators, to smile and imagine their verbal word play and almost to forget, for a moment, as they do, the misery that surrounds them. Through the purchase of clothing which many could not afford even in their dreams, the sapeurs conceal their social origin and transform it into a victory through an image of prosperity and social success. This image carries a message: the rejection of poverty, the same poverty to which they are wished to be confined, and the reassertion of an identity which demands a status in accordance with their value system. The SAPE is formulated thus like a way of living based on new references and new codes of conduct; a model through which they claim their right to decide their destiny and fight for their happiness. This is what is achieved every day by the sapeurs in constructing a life of dreams, a life which at some times they live in a wakened state and at others through closed eyes. This exhibition has also travelled to: 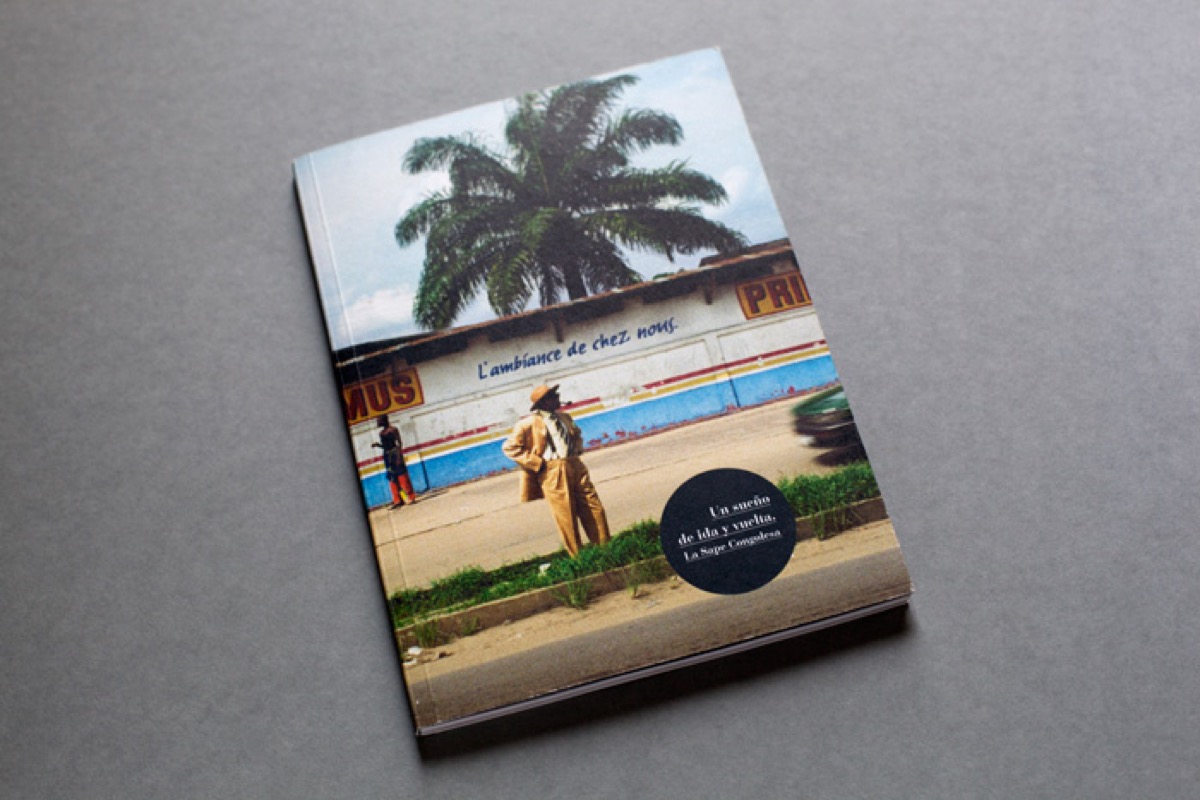 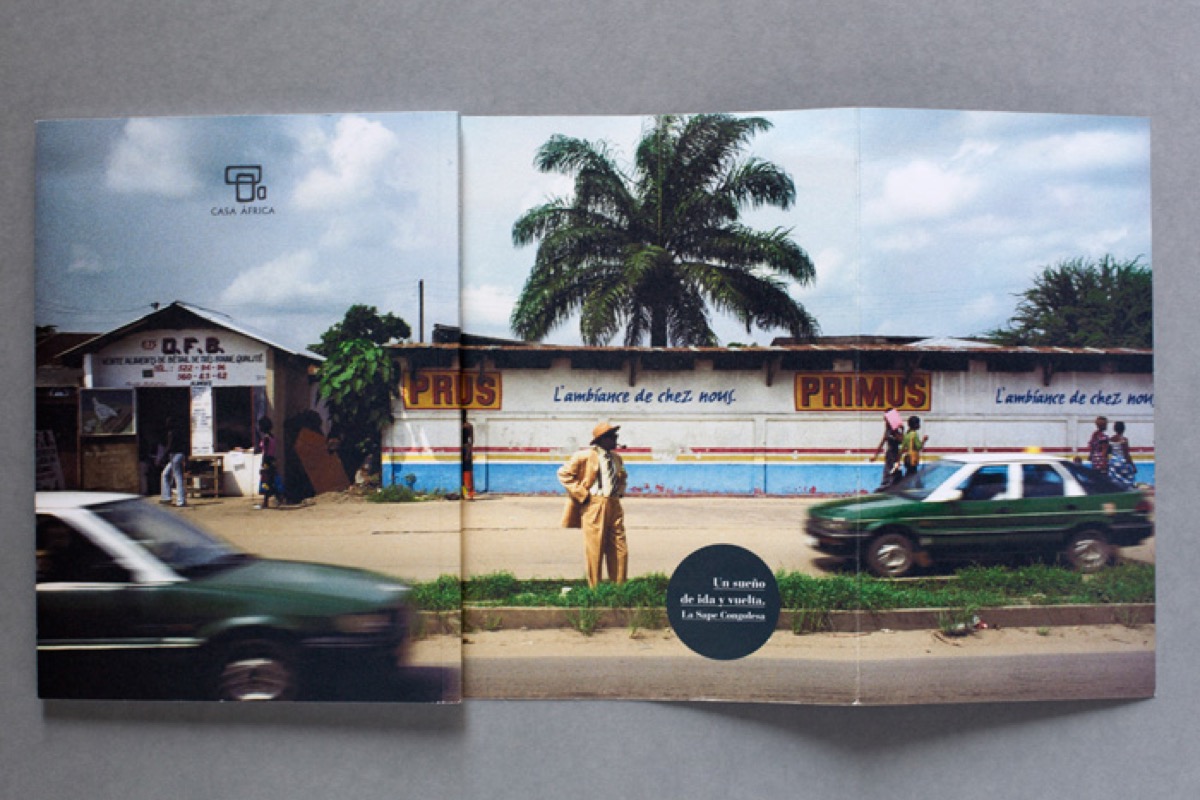 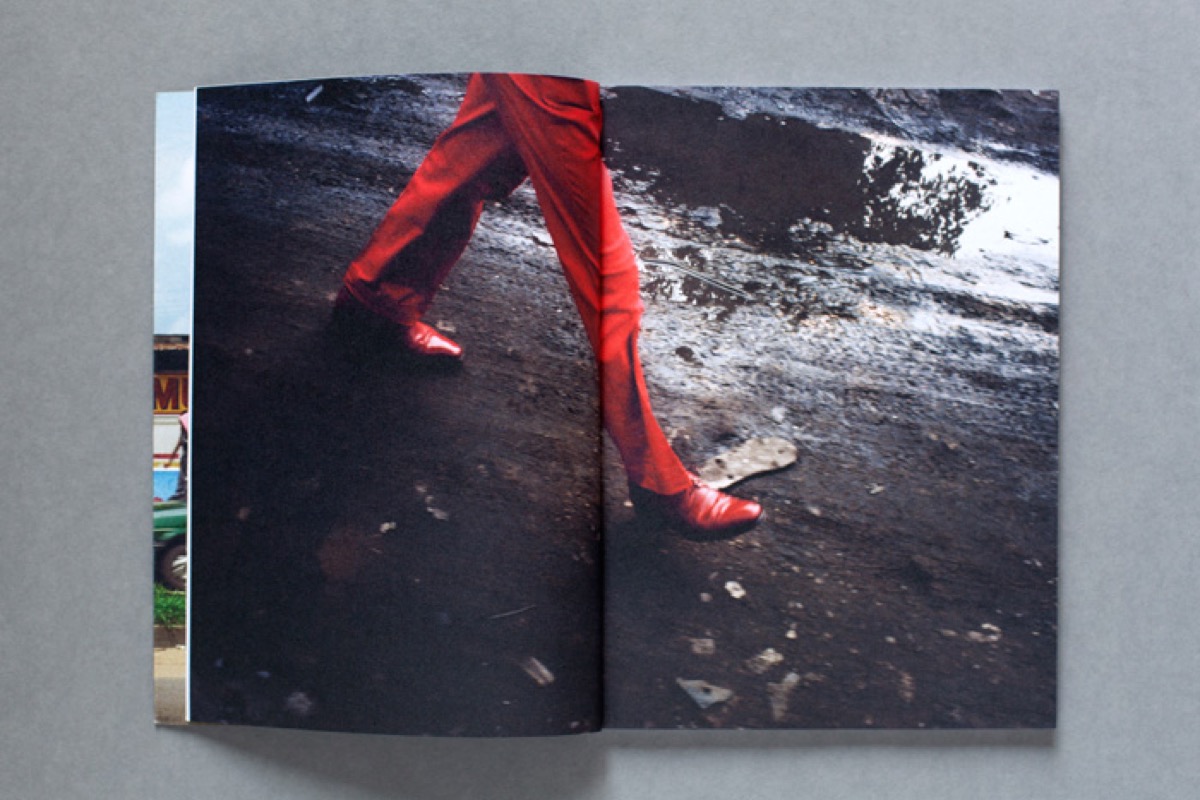 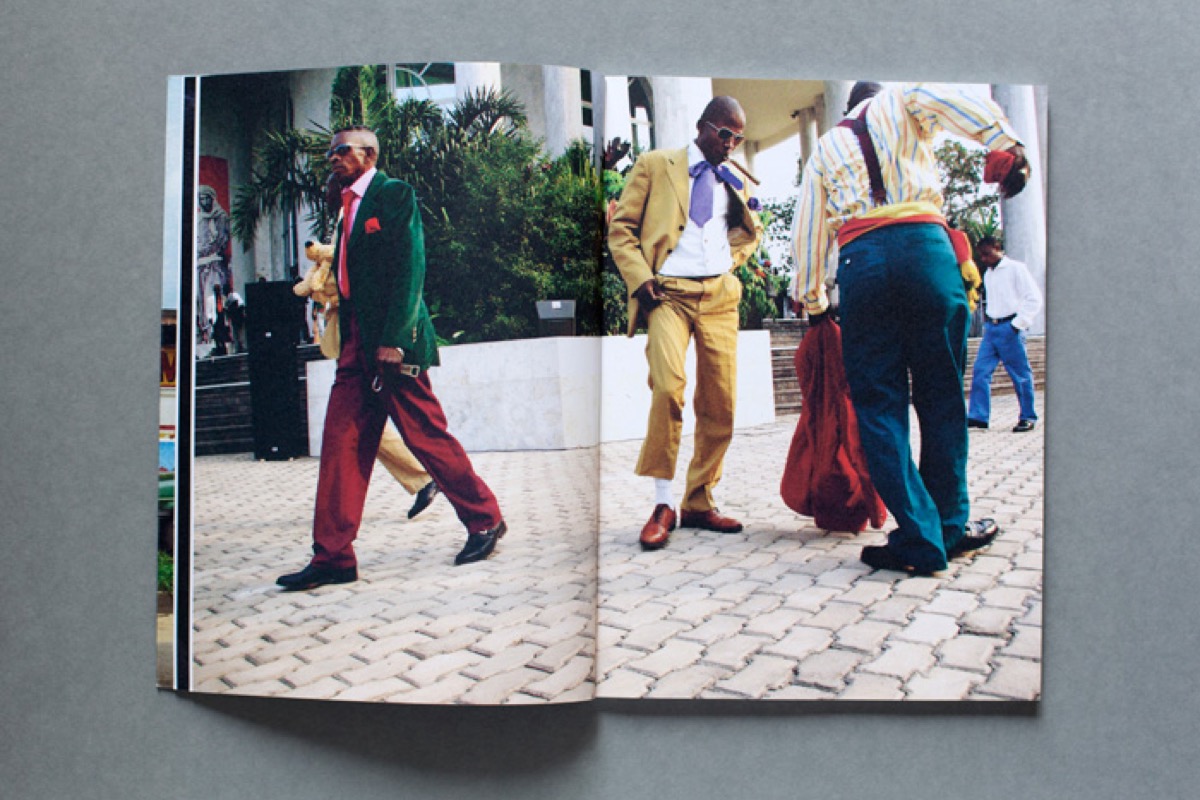 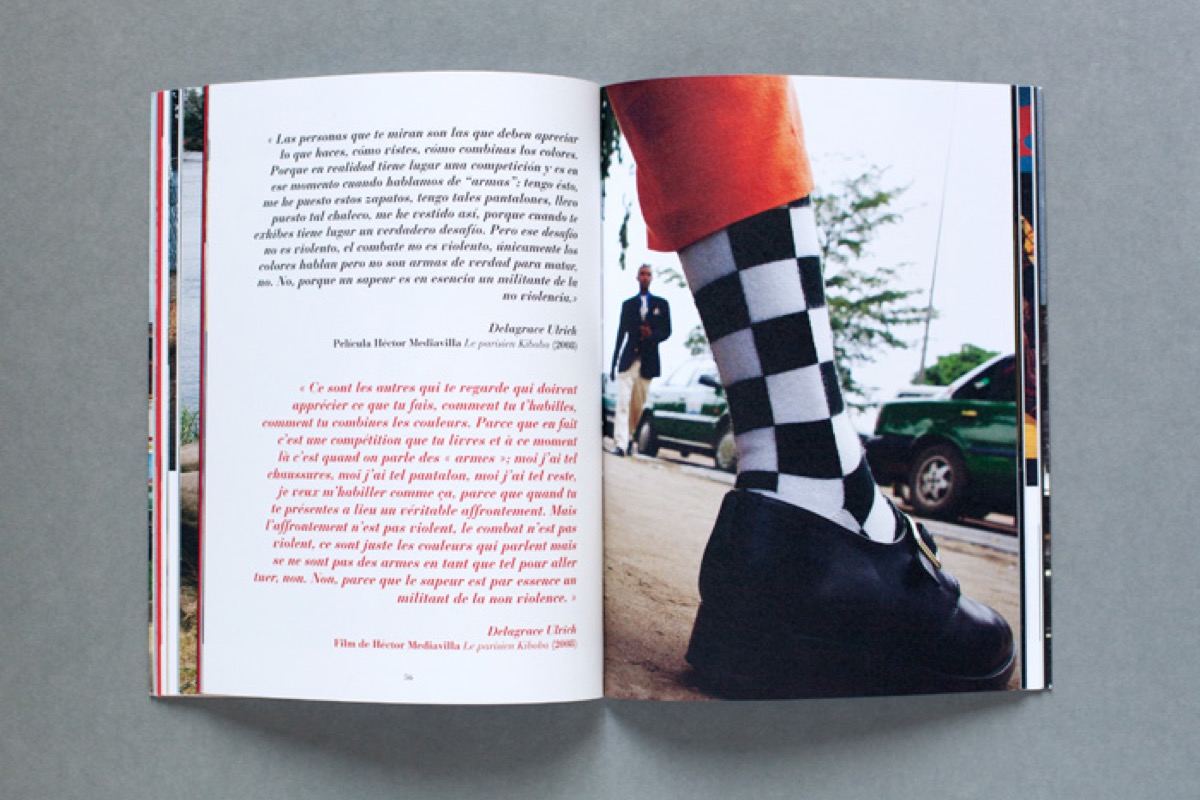 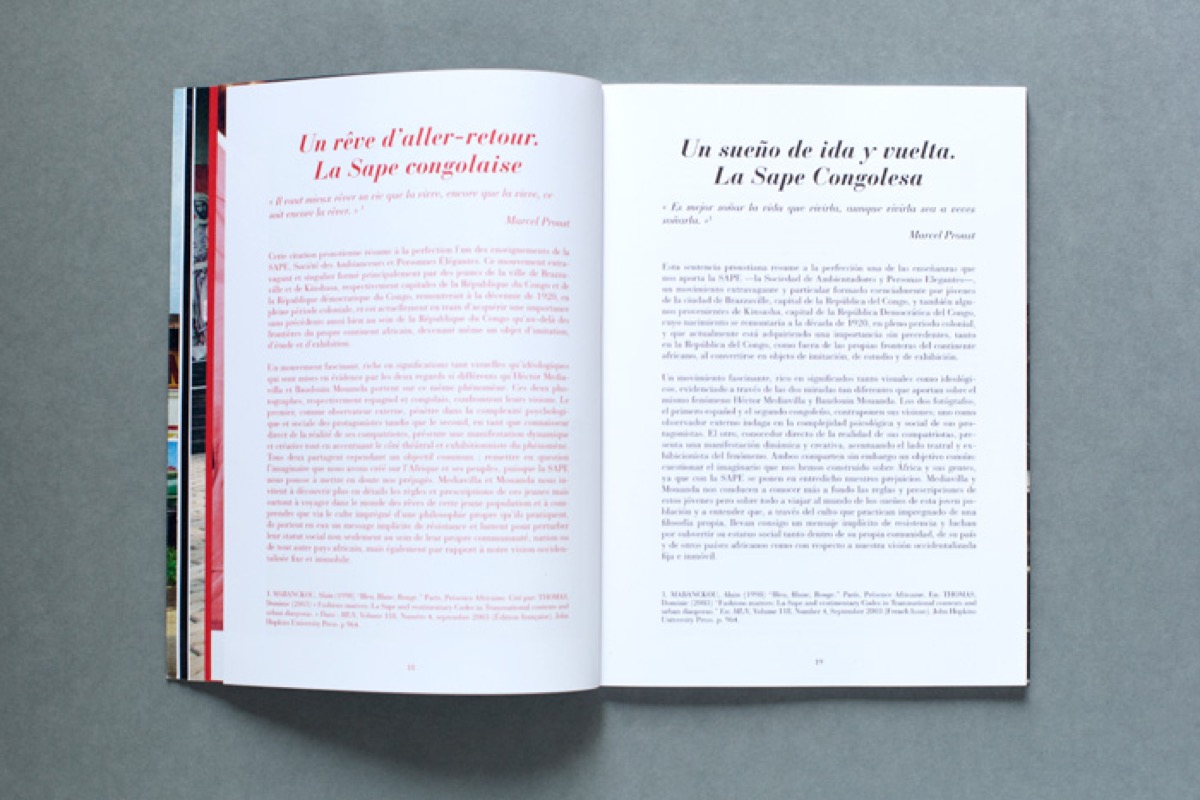 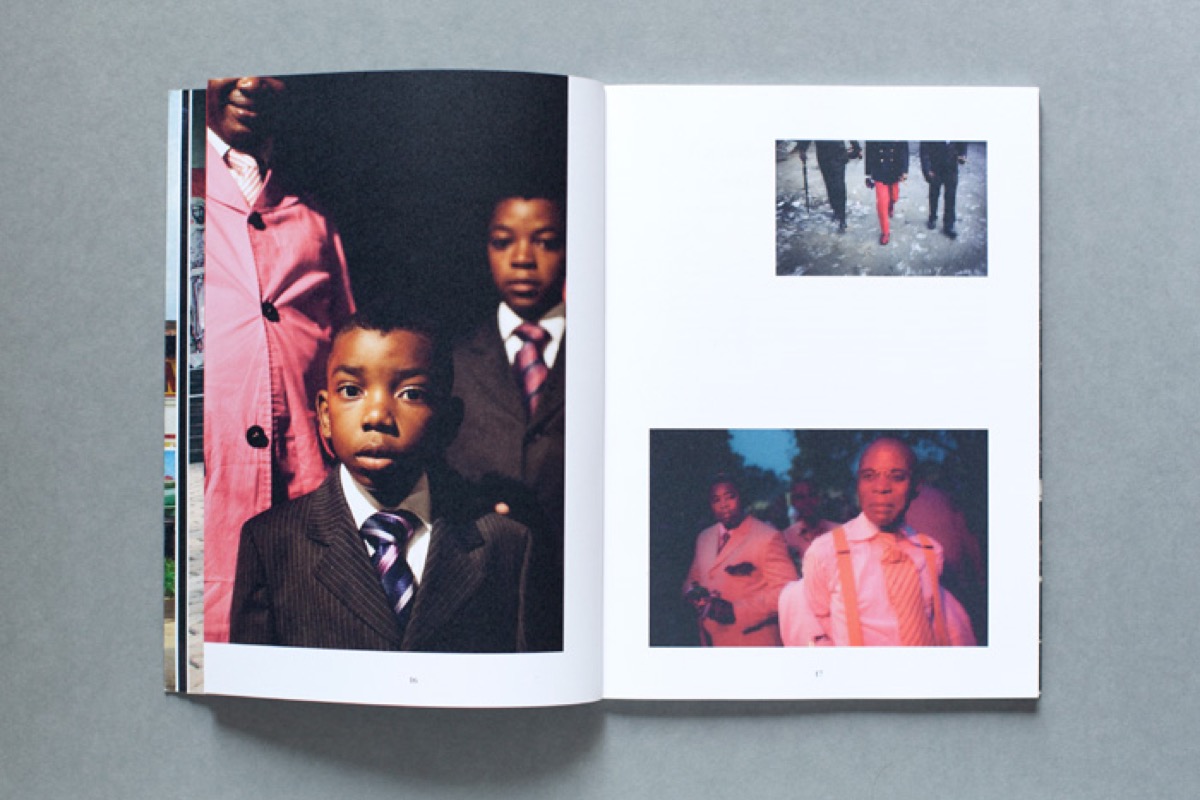 Catalogue designed by Masasam and produced by Casa Africa for the exhibition “A Dream of a Return Journey. The Congolese Sape” presented in Las Palmas from the 3rd of March until the 29th  April 2011.

A Dream of a Return Journey